In the 1870s shotgun target shooting was done with live pigeons released from traps. There was a level of cost and inconvenience associated with live pigeons that many wished to avoid. This resulted in the Van Cutsem Target Ball – a blue glass ball, about the size of a small orange, that would burst into what looked like smoke when struck. Cost and debris were a problem. 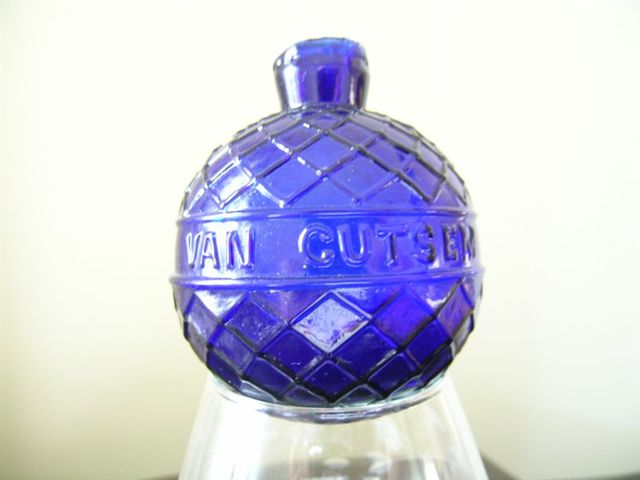 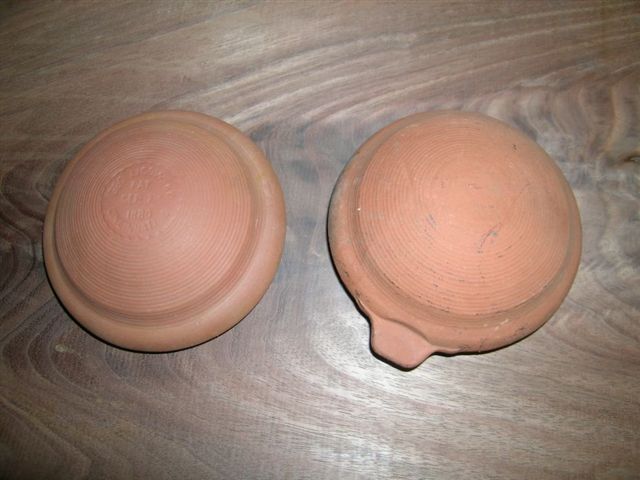 The Ligowsky targets were about the same diameter as modern targets but had a much higher dome. They were made entirely of clay, baked like bricks in an oven to become extremely hard. The target would ring like a bell when hit, but was almost impossible to break. Fortunately Ligowsky eventually gave up using clay and tried limestone and pitch, but the misnomer “clay” stuck.

The first public appearance of the Ligowsky targets was at the New York State live-bird championships at Coney Island in 1880, at the largest live-bird shoot held to that date.

The samples above are the property of Jim Walkowiak.

The Macomber target was metal and unbreakable – therefore re-usable. A center piece would drop down when hit causing the target to “flutter” to the ground. This image courtesy of GlassTargetBalls.com. 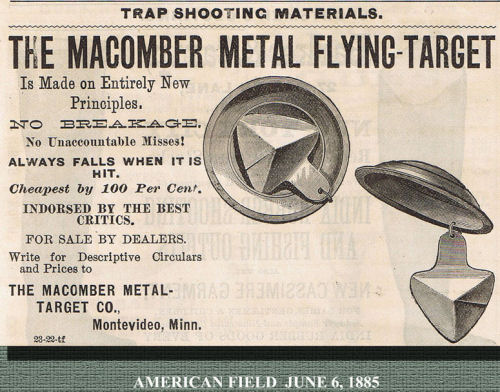 A trap to launch the glass target balls resulted in many variations. Most were typical of the one shown below. This image courtesy of GlassTargetBalls.com. 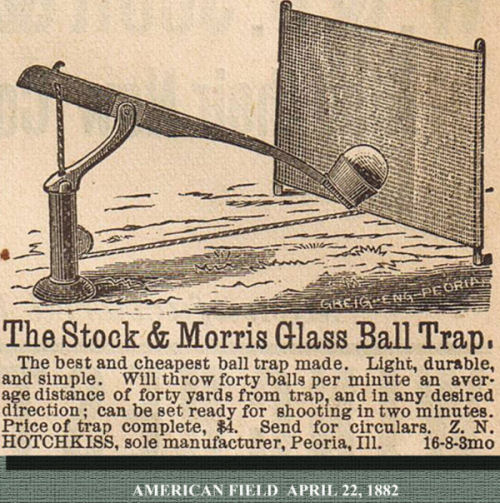 Another attempt at economy was the Bussey Trap. Made in England around 1880 it threw a propeller type target. Because they were made of steel the targets were reusable — assuming you didn’t lose them in the the grass. The photo below is from Jim Walkowiak’s collection. 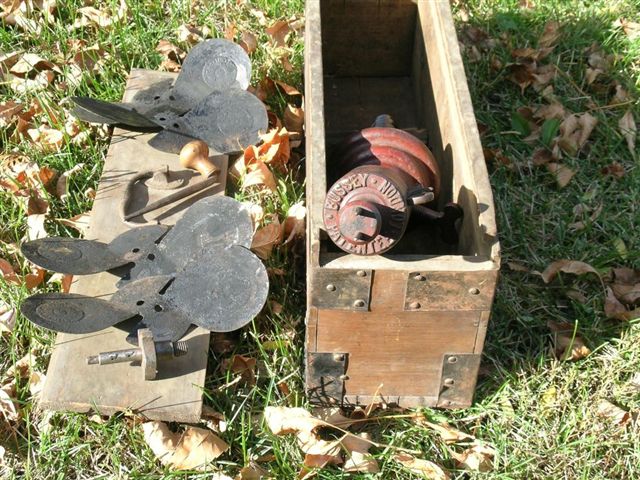