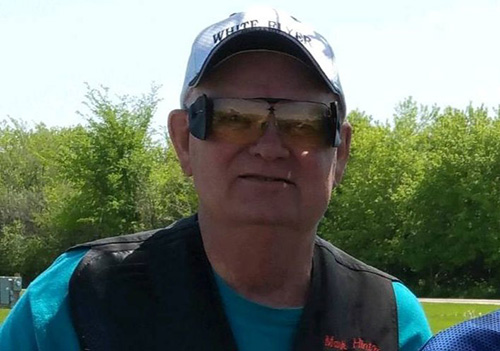 Mark Hintz of Apple Valley MN passed away on December 23, 2021 at his home. Mark had been fighting a courageous battle with cancer for the last couple years. He was 80 years old.

Mark was born in Albert Lea MN and was a barber for 35 years. Mark was married to his sweetheart, Sue for 58 years and had two children, Wade and Jill, and 3 grandkids. He enjoyed hunting and fishing.

Mark registered his first ATA targets in 1985, traveled to San Antonio, Sparta, Missouri, and many clubs in his home state. He registered 27,400 Singles, 30,300 Handicap and 17,050 Doubles targets. For a couple years Mark established a 97+ average on Singles hence his nickname “Bobby Munson Jr.” Mark’s home club was the Minneapolis Gun Club where he was on the Board of Directors. Mark was always there ready to help with projects needed around the club and helped organize the Trap shoots. Mark was on the Remax Trapshooters Team and he was part of the 250X250 squad that clinched the AAA Summer Trap League and he loved the Jackpot shoots. Mark enjoyed his other “sport”, playing cribbage at MGC. He loved giving “lessons” to some of the other club members.

Services will be Monday January 3rd at Grace Lutheran Church in Apple Valley, MN. Visitation at 10AM, service at 11AM.