Congratulations go out to Doug Dingman for winning the Minneapolis Gun Club Championship for 2014.   As you can see by the scores below, Doug had a bit of competition nipping at his heals  right up to the end.  I would like to thank all who competed in the champion this year for making this a fun and successful event.  Now Doug will retain bragging rights through 2015, but I’m sure there will be a host of members out to dethrone him next December. 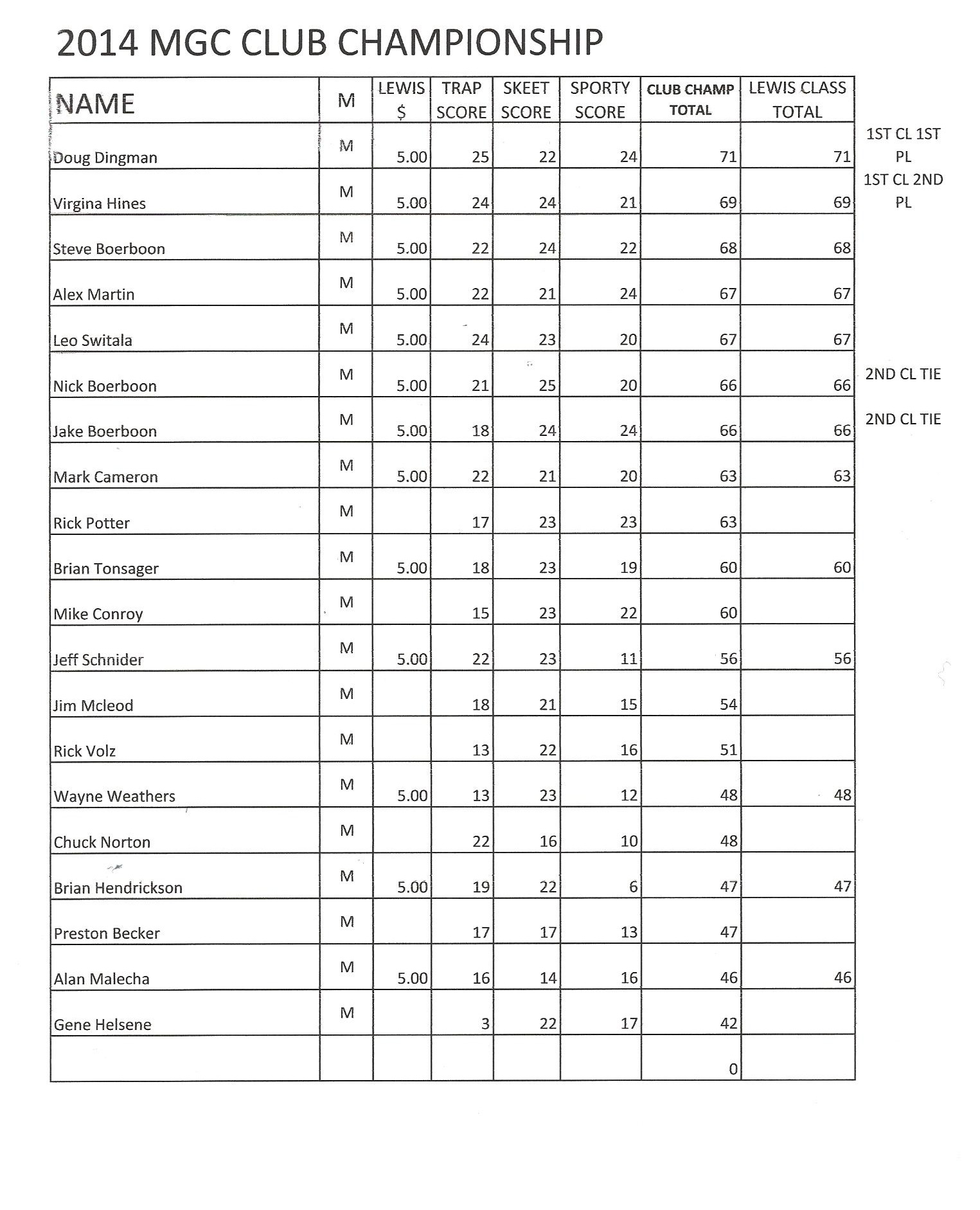