The 2017 Minneapolis Gun Club Handicap Championship was held with some of the best weather that many could remember. Temps is the 70’s and just enough of a breeze to make it comfortable.

Friday started with the Dakota Custom Guns Singles followed by the Plaza Dental Handicap and some good scores were turned in. Kory Miller and David Harris tied in AA with 97’s with Kory taking the win with a coin flip. In A class a pair of 99’ were turned in by Jim Walkowiak and Kyle Dupont. Walkowiak forfeited giving Kyle the win. Charlie Buehler took B class with a 97, David Palm in Class with a 96 and Buzz Evans D Class with a 93.

Saturday was the MGC Handicap Championship and many of the past Champions were in attendance hoping to “Double” up like Jerry Demulling and Kory Miller have done. Kallista Roers, one of the MN up and coming High School shooters set the pace with a 94 and that was looking good until John Kelly came in with a 95. John ended up holding on and winning the Championship with a 189 combined score for the 200 targets. Kallista came in 4th place and went home with some money. At the end of the day Saturday everybody was treated to a roast pig dinner compliments of Neil Winston. Thank you Neil.

Sunday was another very nice day and Singles, Handicap and Doubles were contested.

MGC would like to thank all the competitors for making the shoot a good time. Hope to see all again next year. 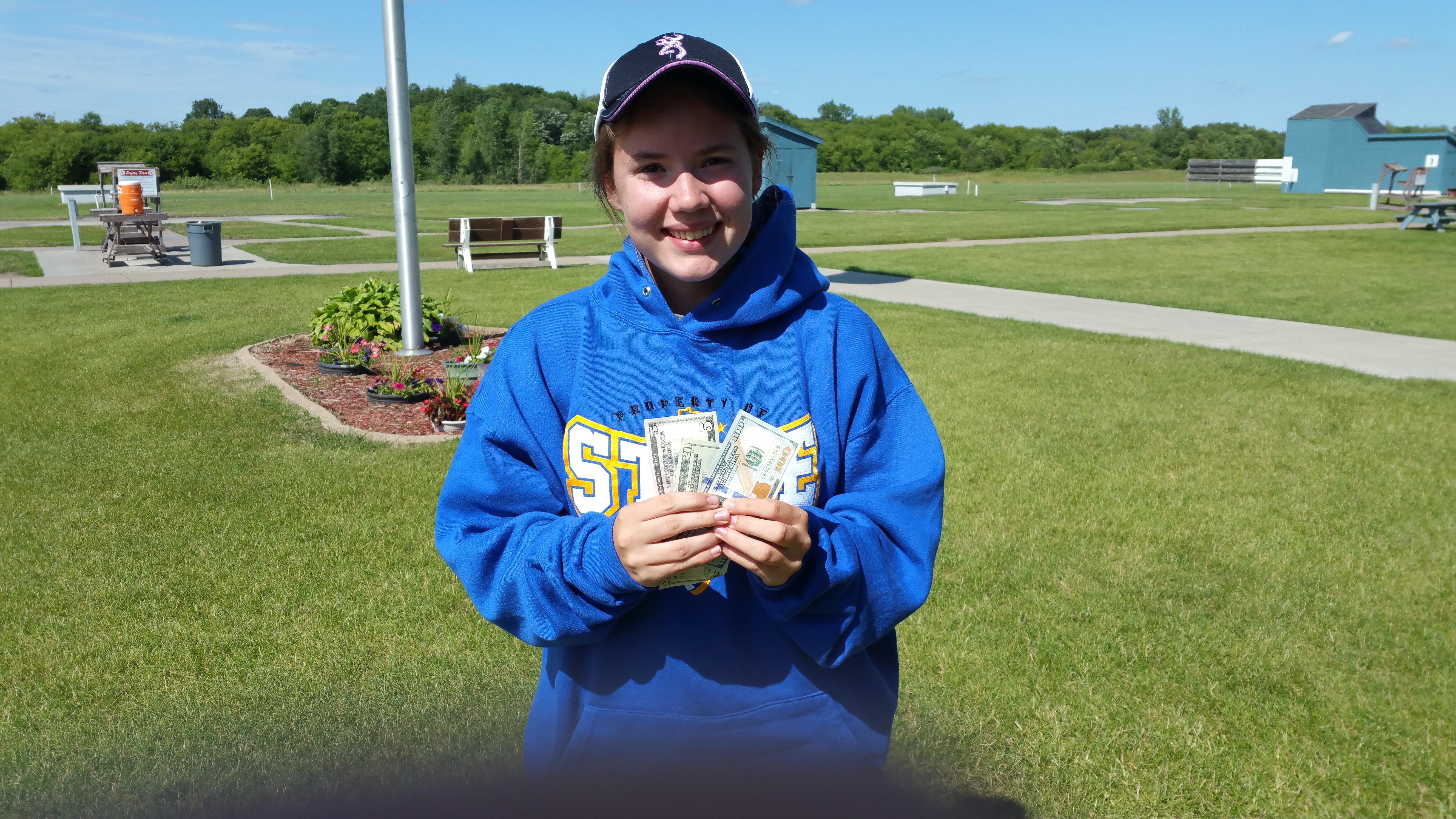